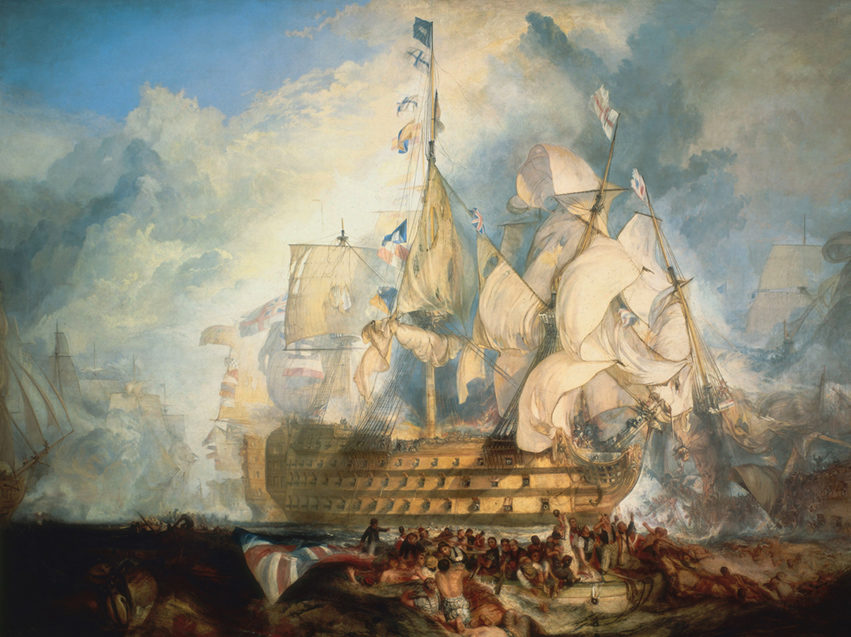 A famous battle indeed. Won under the leadership of Admiral Lord Nelson who lost his life in the battle. Nevertheless, the British fleet with twenty seven ships of the line with six others defeated the combined forces of the French and Spanish with thirty-three ships of the line. The Franco-Spanish fleet lost twenty-two ships whilst the British lost none.