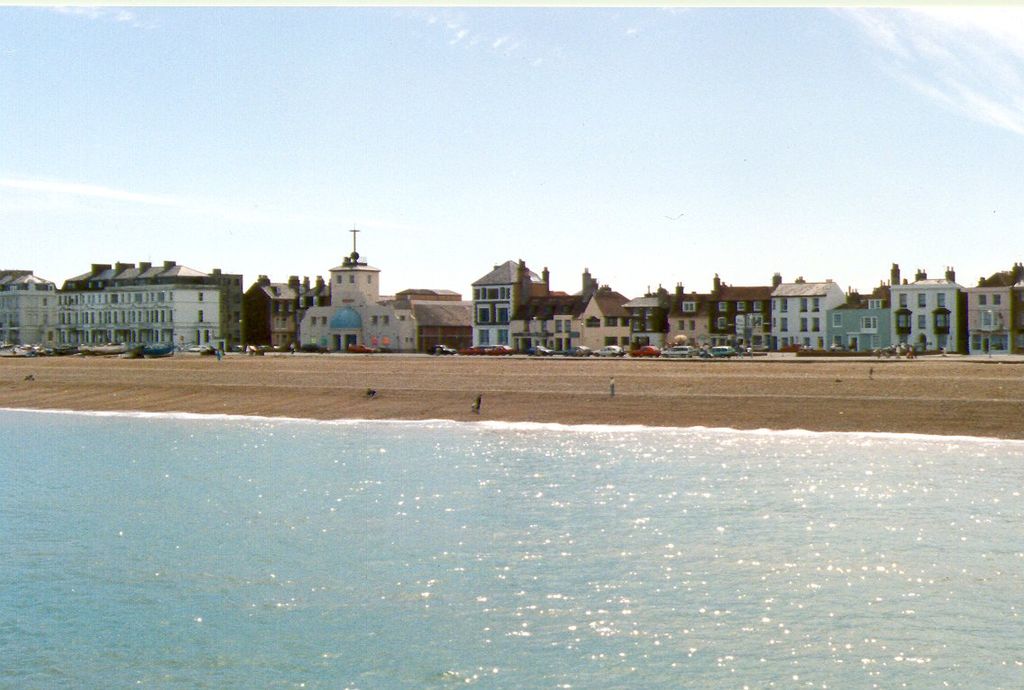 Marriages before 1837 in England and Wales conventionally took place in parish churches. From 1937 there was an option to choose a civil ceremony and avoid the trappings of a religious ceremony.

Both before and after this date Church of England marriages required announcements called Banns to be read for three Sundays prior to the wedding to provide the opportunity for anyone with objections to the marriage to intervene.

To avoid this couples could marry by licence and avoid the need for the Banns to be read. Licences were acquired for a variety of reasons. The main being speed and simplicity; perhaps because the woman was pregnant or perhaps family members did not approve. Another reason was because the couple followed different religions. 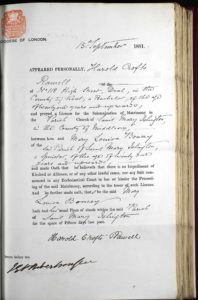 The example is an allegation. In this instance the groom has acquired the licence. Although the marriage was by licence there is, in this also, a record of the marriage register for the church in the parish where the bride lived.

The bride, who lived in Islington in London prior to the marriage, went afterwards to live with her husband in Deal in Kent; about 84 miles and one wonders how they met. Did they have holiday romances in 1881?

The Nature of Genealogical Records

Genealogical records come in a variety of forms. But, how much can we rely on them?

At the heart of any genealogical research there are vital birth, marriage and death records. They mark the beginning the middle and the end. Two events are inevitable; the third optional and can be repeated.

The nature of these records will depend on where and when. If you ancestor was an agricultural labourer then it is unlikely that you will find any records in England and Wales before 1600 and realistically probably not much before 1700.

If your ancestors were from nobility or had land then earlier records are likely to be available. It does of course depend on the location.

However, this article is not about what records exist but how much we can rely on the information they provide whether they be the vital records described above or land records, wills, censuses or military records. There are many more types of records – too many to list here.

One of the key elements of the reliability of a record is the way in which it was made and how close it was to the initial event.

Secondary records appear in newspapers, books and magazines and encyclopaedia such as the Oxford Dictionary of Family Names in Britain and Ireland. A family history is a secondary record.

So, how much can we rely on these records.

The essence of reliability is the proximity of a secondary source to the primary. The further away in time and in the number of times the information is repeated increases the opportunity for error. Writing styles have changed so what was written cannot always be understood today.  The spelling of names will often have depended on the interpretation of a name by a registrar when registering a birth if the parents of the child were illiterate – and they often were. You are likely to have seen the phrase the mark of instead of a signature on a birth certificate.

That leads neatly on to the accuracy of primary records. It is easy to see how errors occur when transcribing a record but primary records are not necessarily evidence of truth. They are just evidence what was written at the time. One of the witnesses on my grandmother’s marriage certificate was her sister, the death certificate of whom is dated one week before the marriage.

The following example is a marriage certificate – there are some obvious errors – the witness has been recorded as Jane’s father. There are other discrepancies too that would require me to go into other evidence about this couple but that is for another time. There are almost certainly more lies than truths on this document.

This illustrates the nature of genealogical records. Nothing can be relied upon absolutely. So as genealogists we look for more than one piece of evidence to support validity.

There are five elements to the Genealogical Proof Standard:

We are also bound by the Code of Ethics published by the Association of Professional Genealogists of which Michael Turner is a member.